The gut has been having a great few years.  Gut health is super trendy these days and for good reason.  Haven’t heard the hype about gut health yet?  Well the gut is considered so important that it has even been dubbed the body’s second brain.  That’s a big name to live up to.  There’s a lot of scientific literature floating around about the gut brain connection.  I’m here today to put all this scientific mumbo jumbo into real life explanations and examples.  Understanding the gut brain connection can give you a serious advantage towards better overall health.

How The Gut Brain Connection Works

If you’re like most people you probably don’t spend your days thinking about your gut unless you have a stomach bug.  Even without thinking about your gut, you’ve already experienced one aspect of the gut brain connection.  Think back to the last time you were really nervous or stressed out. Remember that uneasy feeling in your stomach?  Well that was your brain and your gut communicating with each other.

There are these cells in your brain and your central nervous system called neurons.  They tell your body what to do.  There are about 100 billion of them in your brain.  Your gut also has neurons, about 500 million of them which are connected to your brain through nerves.  The biggest gut/brain nerve is the Vagus nerve.  When your brain senses stress, it tells your gut to be wary, which gives you that anxious stomach ache.

The Gut and Mental Health

You gut microbes also produce a neurotransmitter called gamma-aminobutyric acid (GABA), which helps to control your feelings of fear and anxiety.  Studies have even shown that certain probiotics can increase the production of GABA and reduce anxiety and depression.  Don’t go out and buy expensive probiotics just yet.  I’ll get into less expensive ways to heal your gut soon.

Back in the day, researchers and doctors thought the gut brain connection was only the brain telling the gut what to do (like butterflies in your stomach when you’re excited).  Now they are starting to see that it is also the other way around as well.

Inflammation and the Gut

The gut brain connection is also connected through the immune system.  Your gut and gut microbiomes play a huge role in your immune system and inflammation.  They work as a team to control what your body absorbs and what you get rid of (poop out).  If your gut is in bad shape and you’re are frequently eating things that do not make it happy, then your immune system goes into protection mode for too long.  When this happens, it can lead to inflammation.  Inflammation is that last thing you want because it is linked to scary stuff like depression, Alzheimer’s disease, Parkinson’s Disease, ADHD and dementia.

I can’t talk about inflammation of the gut without talking about Leaky Gut.  Leaky gut is not your friend at all.  This guy can not only cause Celiac disease, Chron’s disease, and irritable bowel syndrome but it has the potential to cause autoimmune diseases as well.  These include lupus, type 1 diabetes, multiple sclerosis, chronic fatigue syndrome, fibromyalgia, arthritis, allergies, asthma, acne, obesity, and even mental illness.

Leaky gut is when the walls of your intestines aren’t functioning correctly.  Your intestines are supposed to let good things like vitamins and nutrients through their walls.  Kind of like a bouncer at a club. Club Gut? Anyway… when you have a leaky gut, the walls of your intestines aren’t doing their job.  Pieces of food, toxins, and harmful bacteria start getting through the walls and into your bloodstream.  Your body notices that these party goers shouldn’t be there and goes on attack.  If your body is constantly on attack mode, you start to get issues like the ones listed above.

The first step in improving your gut health is to eat real food that isn’t processed.  You know, fresh vegetables, grass fed meat, nothing with hard to pronounce chemicals in the ingredients.  By eating real whole foods, you are giving your body something it can use to its benefit instead of making it go on attack and defense mode.

Eating real food means that fake food has to leave your diet.  The average American diet is loaded with processed, sugary, and unhealthy fatty foods (I’m talking fried chicken fatty foods, not avocados).  When you eat unhealthy simple carbs or refined processed foods, you allow bad bacteria to grow in your gut leaving it inflamed and damaged.

If you don’t want to listen to me, then listen to the advice of Harvard Medical School.  To heal your gut, they recommend removing anything that is inflammatory to your gut.  This includes alcohol, processed foods, some medications, and any foods that cause allergies or sensitivities.  They have seen patients “improve significantly when they start eating a healthier diet.”

If you eat a healthy diet consisting of all whole foods but are still experiencing stomach issues you probably have to go a step further.  Many people find that giving up alcohol for a month or two has helped their stomach have time to recover.  Others, have talked to their doctor about the side effects of current medications and to see if there are alternatives.  There are also elimination diets that you can follow to see if you have any food sensitivities.  I personally, had to see a doctor for further testing on what was going on in my gut (Small Intestinal Bacterial Overgrowth was the culprit unfortunately).

This all may seem daunting, but the alternative is worse (see above again to read about all of the scary diseases from an unhealthy gut).  Just take your gut healing one step at a time, starting with a nutritious whole foods diet. 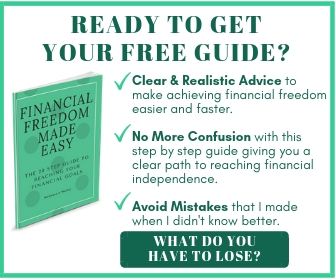